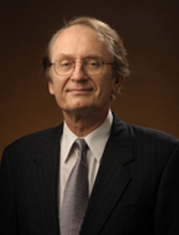 Glenn Butterton serves as Consultant to the MacArthur Foundation Research Network on Law and Neuroscience.

Glenn Butterton brings the insights of the behavioral and brain sciences to research problems in law, with particular emphasis on criminal law.

He has been a Junior Fellow in the Society of Fellows and a Mellon Lecturer at Columbia University, a Bigelow Fellow at the University of Chicago, and otherwise held various teaching, research and visiting positions at Harvard University, Peking University, Tulane University, American University, and Washington and Lee University. Beyond law and neuroscience, he has done wide-ranging research on problems in such areas as intellectual property piracy, dispute settlement in international trade, deterrence and the logic of decision making in international affairs, and causative constructions in natural languages.

Dr. Butterton formally studied various subjects in the cognitive sciences, with a concentration in theoretical linguistics, philosophy of language and English philology, at the University of California, Berkeley (Ph.D.), where he was a Phi Beta Kappa Doctoral Fellow, a Sigmund Heller Traveling Fellow and a University of California Regents’ Fellow. In addition, he studied international relations, with a concentration in political history, law and economics, at Trinity College Cambridge (M.Phil.), where he won the Hooper Declamation Prize and received an Eddington Research Grant. And he studied law, with a concentration in foreign, comparative and international law, at Columbia University (J.D.), where he was a Harlan Fiske Stone Scholar and served as editor-in-chief of the Columbia Journal of Transnational Law. He was a judicial law clerk for U.S. Circuit Judge Rosemary Barkett on the U.S. Court of Appeals for the Eleventh Circuit, and trained as an associate at O’Melveny & Myers in Washington, D.C., where he also served as senior attorney in the International Trade Administration of the U.S. Department of Commerce.