Dr. Eyal Aharoni is now a research associate at the RAND Corporation. Dr. Aharoni earned his Ph.D. in evolutionary psychology at UC Santa Barbara (UCSB). After his service to the Law and Neuroscience Project, he completed a postdoctoral fellowship at The Mind Research Network for Neurodiagnostic Discovery and the University of New Mexico Department of Psychology. His current research investigates violence risk, moral reasoning, psychopathy, and motives for punishment. Dr. Aharoni has a particular interest in how evolutionary, cognitive, behavioral, and neuroscientific approaches to these topics may apply to crime prevention and legal decision making. Dr. Aharoni earned B.A.'s in Psychology and Religious Studies from UCSB in 2000. He has held research positions at the Research Center for Virtual Environments and Behavior and the Institute for Social, Behavioral, and Economic Research in the areas of human-computer social interaction and the perception of agency.

Dr. Annabelle Belcher received an Intramural Research Training Award, and is now a Research Scientist in the Neuroimaging Research Branch of the National Institute on Drug Abuse in the National Institutes of Health. Prior to her year-long appointment with the Law and Neuroscience Project (2008-2009), Dr. Belcher received her Ph.D. in Biological Sciences from the University of California, Irvine at the Department of Neurobiology and Behavior.  Her doctoral dissertation investigated the enduring behavioral and functional sequelae of neurotoxic administrations of methamphetamine.  Prior to completing her PhD, she was a pre-doctoral Intramural Research Training Award fellow at the National Institutes of Health within the Laboratory of Neuropsychology.  Under the direction of Mortimer Mishkin, she developed a spatial memory task for use with non-human primates, investigating the effects of selective hippocampal lesions on task performance. Currently, Dr. Belcher utilizes neuroimaging and behavioral testing techniques to explore the behavioral, structural, and functional consequences of protracted cocaine exposure in nonhuman primates. 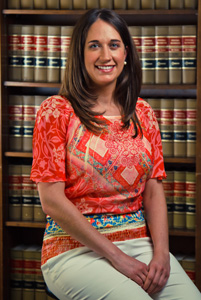 Prof. Teneille Brown is now an Associate Professor of Law at the University of Utah’s S.J. Quinney College of Law, where she teaches Torts, Bioethics & the Law, and Current Issues in Law & Biosciences  Previously, Prof. Brown practiced law for two years at Latham & Watkins in Washington DC, specializing in early stage medical device mergers and acquisitions, private equity, and FDA regulatory matters.  She is a graduate of the University of Michigan School of Law, where she focused on medical ethics and assisted in the creation of the Pediatric Advocacy Initiative. Before attending law school, Professor Brown conducted HIV clinical research at the University of Pennsylvania, where she received her B.A. with high honors and distinction. She majored in the History and Sociology of Science, with concentrations in bioethics and the biological basis of behavior. Professor Brown’s research is highly interdisciplinary, and spans a wide range of issues at the intersection of law, biotechnology, medicine, and ethics. Her work has been highlighted in the Wall Street Journal and Science Progress, and she has also presented her research to law faculty, neuroscientists, practicing attorneys, and graduate students across the country. 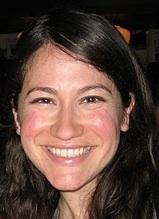 Dr. Dena Gromet is now a post-doctoral fellow at the Wharton School of the University of Pennsylvania. Dr. Gromet received her BA from the University of Pennsylvania in 2004 and her PhD in Psychology from Princeton University in 2009. Dr. Gromet’s research is primarily concerned with investigating how people react to harmful events and wrongdoing.  She has published articles and books chapters on what factors influence people's responses to criminal harms and injustices, and their support for punitive and restorative methods of responding to these events.  During her time with the Law and Neuroscience Project, Dr. Gromet has conducted research on lay people’s reactions to the use of neuroscience in the legal domain.  These investigations include how brain-based information affects people’s views of offenders, as well as how political ideology influences people’s support for the use of neuroscience in the legal system. 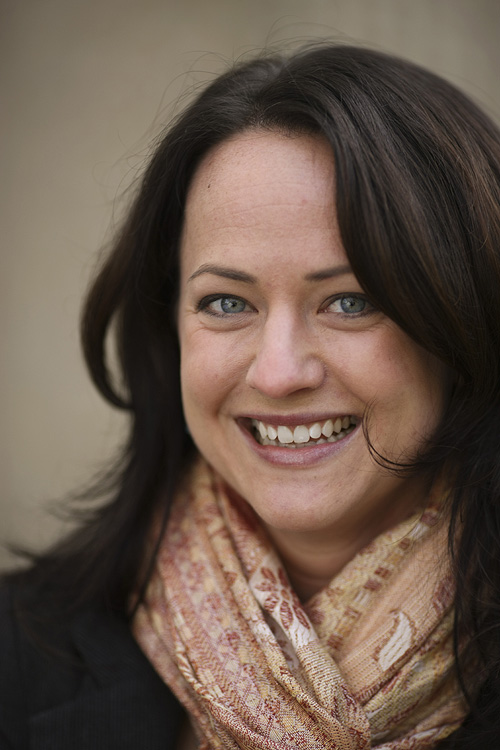 Dr. Emily Murphy is now completing her J.D. Stanford Law School, expected in 2012. Dr. Murphy graduated from Harvard University (AB, Psychology/Mind, Brain, Behavior, 2003) and completed her doctoral work at the University of Cambridge while on a Gates Cambridge Scholarship (2003-2007). Her research in behavioral neuroscience focused on impulsivity and behavioral flexibility. Dr. Murphy received her first exposure to neuroethics in an undergraduate course taught jointly between the Harvard psychology department and the law school. Her first interdisciplinary postdoctoral fellowship was under the supervision of Dr. Judy Illes in the Program in Neuroethics, Center for Biomedical Ethics at Stanford Medical School. Concurrently with her fellowship with the Law and Neuroscience Project, Dr. Murphy was also a fellow at Stanford Law School's Center for Law and the Biosciences, where she taught a new course at Stanford Law School, “Fundamentals of Neuroscience for Non-Bioscientists.” With Professor Brown, she published an article in the Stanford Law Review on the use of functional neuroimaging as evidence of mental states. On the Law and Neuroscience Project, Dr. Murphy worked primarily on the neuroscience of addiction and the criminal justice system. She has also published on neuromarketing, disorders of consciousness, mind-reading and the law, and numerous primary data scientific publications. Her current research focuses on the neuroscience of decision-making and specifically the transition from goal-directed to habitual behavior, and the implications of advances in understanding those systems for legal procedure and criminal justice. 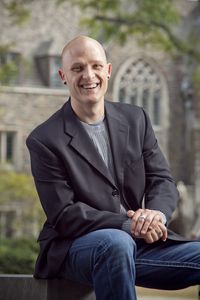 Dr. Thomas Nadelhoffer was born and raised in Atlanta, Georgia. He went on to earn degrees in philosophy from The University of Georgia (BA), Georgia State University (MA), and Florida State University (PhD). Since 2006, he has been an assistant professor of philosophy and a member of the law and policy faculty at Dickinson College in Carlisle, Pennsylvania. Dr. Nadelhoffer’s main areas of research include moral psychology, the philosophy of action, free will, punishment theory, and neurolaw.   Recently, he has been especially interested in  the relevance of the gathering data on psychopathy to the philosophy of punishment, and the potential promise and perils of using neuroscience to make better predictions of future dangerousness for the purposes of the law. His articles have appeared in journals such as Analysis, Midwest Studies in Philosophy, Mind & Language, Neuroethics, and Philosophy and Phenomenological Research, and he is also editing The Future of Punishment (Oxford University Press, forthcoming), co-editing Moral Psychology: Historical and Contemporary Readings with Eddy Nahmias and Shaun Nichols (Blackwell, 2010), and working on a book manuscript entitled Neuroprediction, Violence, and the Law. During the past eight years, Dr. Nadelhoffer has also been actively involved in expanding philosophy's presence on the web.  He organized and ran the first two On-line Philosophy Conferences--namely, OPC 1 and OPC 2--and also created and/or presently contributes to several blogs including Experimental Philosophy, Flickers of Freedom, The Law and Neuroscience Blog, The Situationist, and The Leiter Reports. 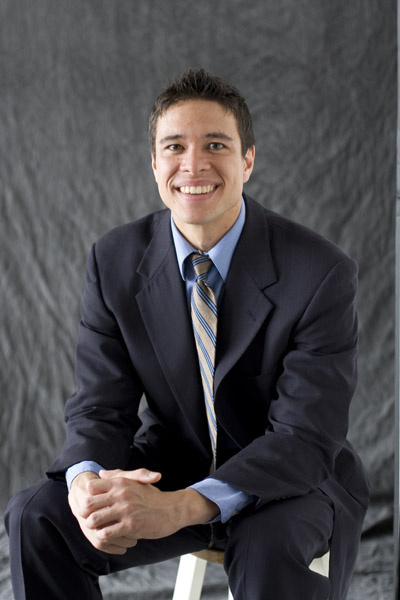 Dr. Francis X. Shen is now Associate Professor of Law at the University of Minnesota Law School. Dr. Shen attended the University of Chicago, and then received his J.D. from Harvard Law School, and his Ph.D. in Government and Social Policy from the Harvard University Government Department and the Kennedy School of Government. At Harvard, he was a Doctoral Fellow in the Harvard Multidisciplinary Program in Inequality & Social Policy, supported by the National Science Foundation. Before joining the MacArthur Foundation Law and Neuroscience Project, Dr. Shen was a Lecturer and Asst. Director of Undergraduate Studies in the Harvard Government Department. Dr. Shen’s research involves large-N quantitative and experimental studies of questions at the intersection of law, political science, public policy, psychology, and neuroscience. Dr. Shen has co-authored numerous articles and book chapters, as well as two books. The Education Mayor (2007) was recognized as the most comprehensive and ambitious study of mayoral control of urban school systems. The Casualty Gap (2010) shows how American war casualties have hailed disproportionately from socio-economically disadvantaged communities since the 1950s and explores the ramifications of these gaps for politics, policymaking and the vibrancy of American democracy. As a Research Fellow with the Project, Dr. shen studying state statutory law and neuroscience, legislation, public support for lawneuro policies, neuroscience’s role in civil damage valuation for PTSD harms, and the veteran’s brain in the legal system. Dr. Shen also served as Associate Director of the Project from July 2010 - June 2011.